Made Public is a curatorial project in which Sethi brought three internationally-known artists to Memphis, Tennessee to respond to both the unique environment that Memphis provides as well as the seminal essay by Vito Acconci, “Public Space in a Private Time.” In contrast to Acconci’s notion of space made public by force, the work in Made Public was done so through active engagement.

From each of their distinct vantage points these three artists—Hiroharu Mori, Robin Pacific, and Bethany Springer—were able to explore nuanced spaces that go well beyond the dualities of either public or private, but instead inhabit an interstitial territory comprised of both realms. The work in Made Public prompted the viewer to think about public space in a way that embraces a multiplicity of definitions and experiences. 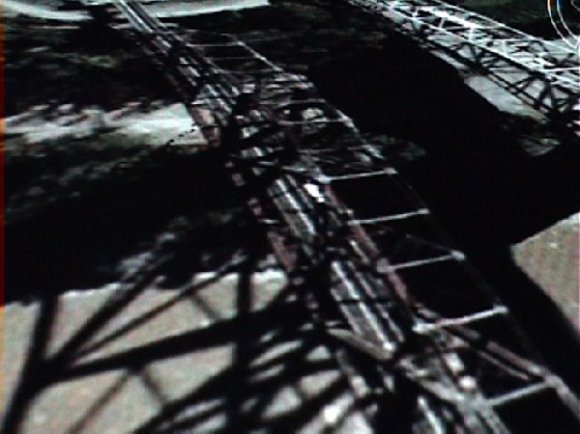 Springer created a compelling testimony to geography by linking an audio broadcast of a very private and personal interview with a local pensioner to a video projection of an aerial map of Memphis that traced the person’s movement through space and time. Through this work we are made to understand that the experience of one individual can become a barometer for the collective, and that one’s personal history can represent a communal history.

Working in a way that similarly negotiated the dualistic territories of public and private, Pacific created an interior room in the gallery in which the viewer had the opportunity to physically and emotionally meander from the personal and interior to the collective and exterior. The interior room of Pacific’s installation became what Judith Herman would consider a “safe space,” signified through the placement of a candle, box of tissue, and photographs of native plant species. Pacific invited viewers to explore their own relationships with the territories of grief, mourning, and loss within this “safe” interior space, while simultaneously projected a video recording of this interior space into the exterior rooms of the gallery. In this work, private space did not mean isolation or alone, but was communal and experienced collectively.

Mori created a series of video vignettes that challenged one’s perception of public and private in the very act of viewing itself. Through the motifs of repetition and absurdity, Mori placed the viewer in a space that required one to suspend previously held notions of physical being; the vignettes floated between the credible and the incredible, the still and the moving, and the feeling of connection and disconnection. Mori’s work explored the ways in which the personal experience of sight and perception can be distorted to allow for the inclusion of alternative perspectives and collective viewing.