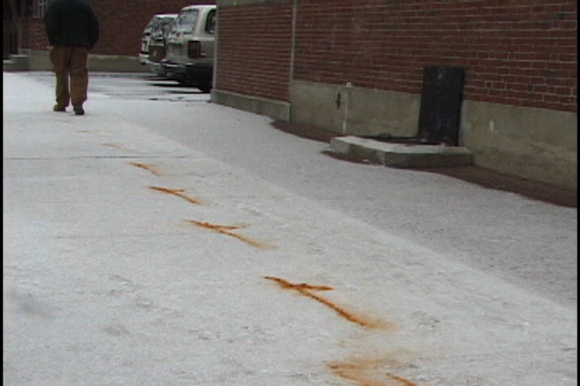 Turmeric Walk is one of several devices in the experimental ambulation series. The device is made up acrylic tubing, hinge springs, a polyethalene reservoir, and turmeric.

experimental ambulation represents a series of attempts at distorting, altering, manipulating, and reshaping sensation and perception while walking. Often the stranger is someone who walks, both out of necessity and desire. With this in mind I engage the realm of the urban ambulatory environment. It is during this state, this state of not running and not standing still, that provides for fertile territory for the observation , re – arrangement , and re – formulation of difference aspects of the city. The desire to interact with the ground plane, with the city, with walking in non-traditional manners has necessitated the need for different strategies. Part performative, part fabrication , part documentation, and part social scientist these modes of operation are driven out of a desire to subvert and reexamine the world around me.